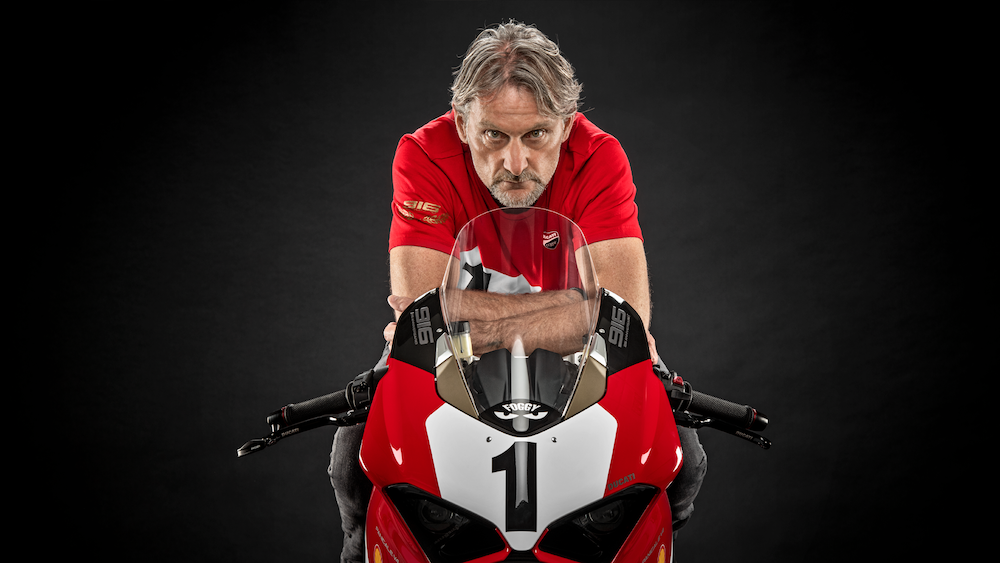 ·       The unveiling, to take place on Friday 12 July during this weekend's American round of the Superbike championship at Laguna Seca, will be attended by four times world champion Carl Fogarty

·       Aruba.it Racing-Ducati team riders Álvaro Bautista and Chaz Davies will compete on bikes with a special livery inspired by the Panigale V4 25° Anniversario 916

Borgo Panigale, Bologna, 9 July 2019 – It's twenty-five years since the Ducati 916 made its first appearance. A bike destined to transform the world of motorcycle design and to make fans all over the world fall in love. The 916 was uniquely stylish, elegant, light and technologically innovative: a true pillar of Made in Italy motorcycles.

To celebrate this key anniversary, Ducati will present the Panigale V4 25° Anniversario 916. This limited edition will consist of only 500 individually numbered bikes and will sport an original livery and exclusive racing components. The motorcycle will be presented on 12 July at Pebble Beach, California, at 8 p.m. (PDT).

The Panigale V4 25° Anniversario 916 will be unveiled in the presence of 'King' Carl Fogarty, four-times winner of the World Superbike Championship with Ducati in the 1990s.

During the World SBK race at Laguna Seca, to be held on Saturday 13 and Sunday 14 July, the Aruba.it Racing-Ducati team will pay a further tribute to the 916 when Alvaro Bautista and Chaz Davies' bikes take to the track with a special livery inspired by the graphics of the Panigale V4 25° Anniversario 916.